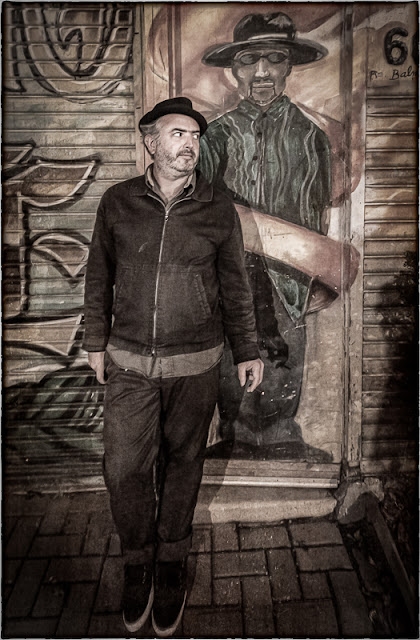 The image was taken during the Dia de Los Muertos celebration in San Francisco. Balmy Alley is lined with some of the City's best murals. The man in the photo lives on the alley. We discussed many issues facing the city, particularly gentrification. He pointed up and across the alley to a renovated apartment house that once housed low-income Hispanic families, displaced by young high-income high tech workers. The transition is sadly changing the cultural character of this wonderful historical neighborhood. The Mission District and Chinatown are the last two ethnic neighborhoods in San Francisco.
1 comment: