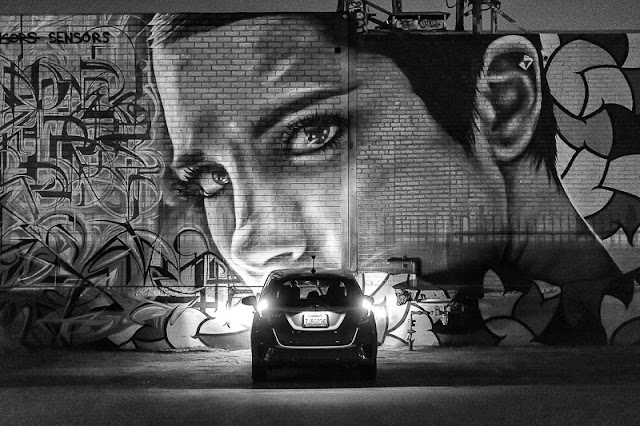 In 2015 and 2016 I made three trips, spanning 20 days, photographing L.A. Most that time was spent documenting a homeless encampment. The remainder of the time was spent photographing in and around old downtown. The work became a book with this image on the cover. It was taken in L.A.'s Art District where there are many walls filled with graffiti and murals. When I approached the scene the car lights were off. As I was about to take the shot the lights came on which, initially, I felt ruin the picture until I reviewed it in the viewfinder. Illuminating the mural made the image. Sometimes things just happen.